McMansions became popular in the 1980s when there was more disposable income compared to the present. The concept of McMansions was to provide people with luxury estates without the luxury cost. As a result, McMansions were mass-produced luxury homes in middle-class areas and in medium-sized land areas. And in the present, there’s now a growing trend called the “McModern” which is basically a modern home created with the same process as McMansions.

The advantage? You get to say you live in a mansion – sort of. The drawback? Tacky, poorly-designed, low-quality, and poorly homes that aren’t meant to last a long time.

To create affordable mansions, real estate developers are sacrificing a lot of things. Real mansions, for example, are built for the wealthy and are located in exclusive, secure communities. Millions and billions are poured into the best architects providing a good eye for detail. If a millionaire wants a balcony, they’ll get a beautifully designed house with a balcony. They build in large plots of land, meaning there’s enough room for every detail.

McMansions, on the other hand, are built for the masses. They’re built fast and cheap, and at the cost of quality. If a McMansion owner wants a balcony, they’ll get a balcony with a house built around it. It’s full of mismatched features found in mansions and put together to form a monstrosity with no real sense of style. And if you think style is bad, think about what it does to your money once you invest in it.

You’re as Good as Your Neighborhood Is 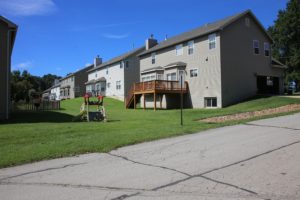 You might think that having a McMansion in a middle-class neighborhood is a good investment, being the biggest house in the area, but really, it’s not. A home’s value is partially determined by its neighbors, so if you have a McMansion valued at $300,000 next to homes that cost an average of $150,000, your McMansion’s value actually decreases.

The McMansions were built to cater to middle-class workers who are young and want to say they have a mansion of their own. In this setting, the young workers are millennials, and they aren’t earning as much as their parents were at their age thanks to steadily rising inflation against minimum wage which hasn’t been updated since 2015.

If you’re looking at a McMansion as an investment, take note that you’re hardly going to find someone willing to buy it. Retiring Baby Boomers, who McMansions were first marketed to, are growing older and already have their homes. The only ones who are in the real estate market are investors – who know enough to not touch a McMansion – and retiring seniors looking for smaller homes to spend the rest of retirement in peace. And as inflation gets harder, more millennials are downsizing. And unless a group of millennials get together to renovate and turn a McMansion into several apartments (which seems unlikely, since they’re more likely to opt for smaller housing options in the city than in the suburbs), you can’t look to McMansions as a good investment.

It’s Not Made of Durable Materials 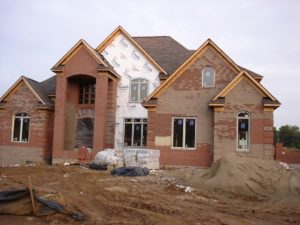 Mansions and manors are meant to last for dynasties, which is why the smallest manors cost millions to build and maintain. However, when McMansions were first built, to save on costs, real estate developers used cheaper, sub-par construction materials. These were created to address the housing bubble at the time.

McMansions were built for size, not for durability. They weren’t built for durability because buyers assumed they would live there for a short time, renovate it, and sell it in the market for a higher price. The house would keep deteriorating with time, but it wouldn’t be their problem anymore once they sold it. However, the bubble was met with a recession, which meant there are still McMansions today on the market because no one wanted to buy an overpriced, extremely large house.

McMansions Are Built for the Original Homeowner’s Tastes

The reason a lot of McMansions are ugly because they’re not built with a full idea in mind. You have to remember, McMansions were built cheaply, which means low-quality materials and low-quality plans. And it’s likely that the original owner had the mansion built without the bigger picture in mind.

They were just looking through pictures of mansions and chose features they liked without caring for the overall style. Let’s say they wanted a house with a turret, gothic windows, French doors, and a Tudor-style exterior. The results? A monstrosity with all of these features, but none of the style or basic rules of architecture.

There’s a Reason McMansion Owners Have a Negative Stereotype

In that same vein, there’s a reason why those who can afford to live in a mansion or manor choose to avoid McMansions. Once the recession hit and the real estate industry took a hit, McMansions were no longer a symbol of luxury living. Instead, they became a symbol of people who chose to live way beyond their means just for the sake of saying they lived in a mansion.

People with fairly good credit went into debt for their McMansion, only to lose everything because the recession changed their ability to repay their loan. If you’re looking to buy and sell a McMansion, your options are limited to people who still think McMansions are a good idea or investment – which, sad to say, is very limited.

Millennials are earning less than their parents, and many of them recognize this and choose to downsize. If you’ve seen episodes of Tiny House Hunting and Tiny House Nation, you’ve seen how more people are choosing to live. Not everyone wants to live in a tiny trailer, perhaps, but more people recognize that they don’t need over 3,000 square feet to live.

Bigger homes require more maintenance, water, electricity, and taxes, which means more expenses. The truly wealthy won’t buy an old house in a middle-class suburb, while the middle-class millennials will look for smaller apartments and houses closer to the city.

If you’re looking to expand profits in the real estate industry, here’s a real estate broker’s advice: keep away from McMansions, McModerns, and other Mc-residential properties offering luxury living in a middle-class area. You’re better off keeping your money and investing it elsewhere.